This economy has always been characterised by sustainable thinking and acting, oriented towards future generations. A study conducted by the University of Natural Resources and Life Sciences, Vienna, shows that hay milk farmers make a significant contribution to the protection of the environment and biodiversity.

The traditional economic use of mountain areas and mountain pastures by hay milk farmers prevents the woods from randomly spreading to meadows and pastures.  The paths remain open and the landscape is cultivated.  This is the only way to make the continued existence of many rare plants possible. 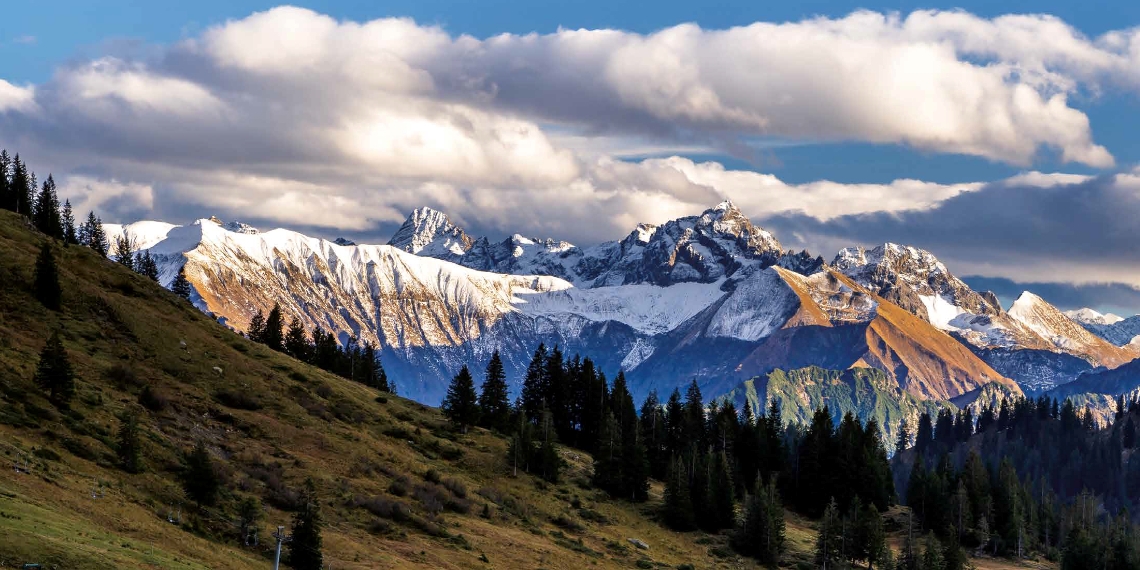 The regular mowing and grazing results in cultivated meadows with short grass vegetation that holds snow much better.  The vast plant diversity that exists as a result of the cultivation, ensures a deeply-rooted grass carpet that resists unfavourable weather conditions and is able to better withstand landslides.  Uncultivated meadows with long, unmowed grass are pushed to the ground by the weight of the snow and are ideal sliding ramps where snow slaps can become loose and develop into unpredictable avalanche risks.

Part of our culture

In the summer our mountain farmers cultivate grassland as well as mountain pastures.  This requires a lot of manual work, in particular on the steep slopes and mountain locations of the alpine regions.  Without the mountain farmers’ valuable work our cultivated landscape in the mountains, as we know it, would be gone within 60 to 80 years due to darkness.  Cultivating the grasslands also prevents environmental catastrophes such as mudslides and landslides.

Hay milk cows spend a lot of time on the meadows, pastures and mountain pastures.  By grazing on the grasslands they provide the plants with growth impulses.  As a result there is no need for permanent reseeding.  The high plant density on the meadows that are cultivated by the hay milk farmers also ensures that there is less need for fertilisers than on intensively-used areas. 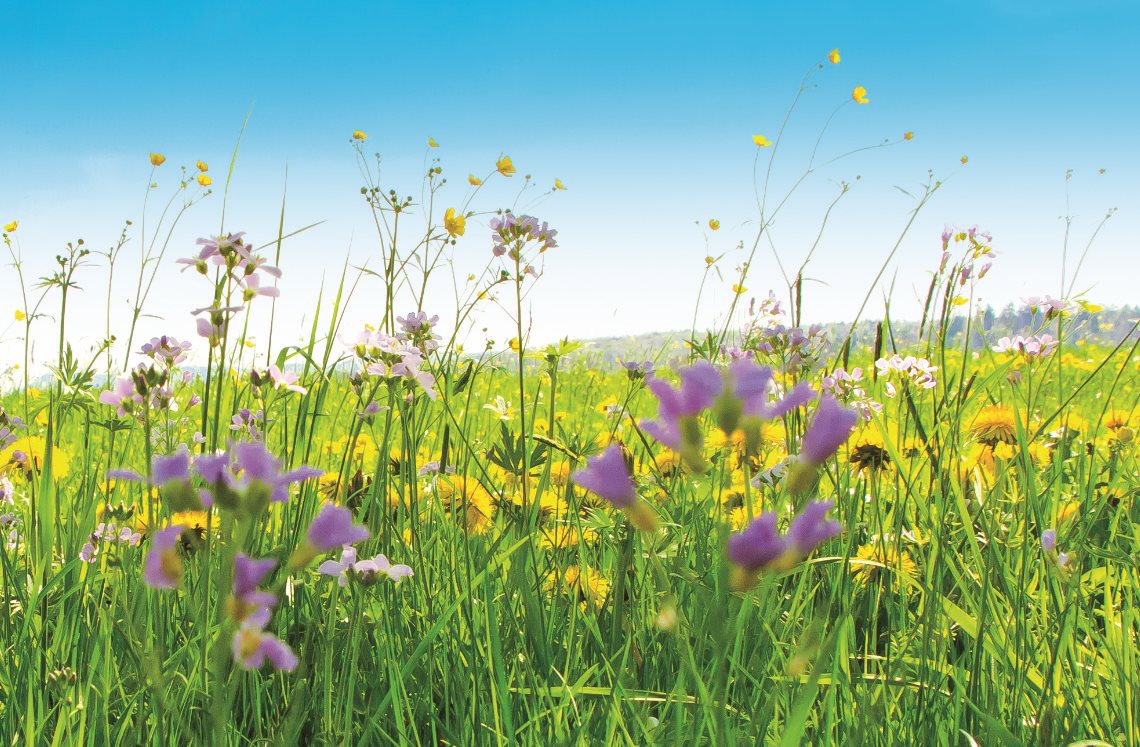 In order to maintain and foster biodiversity on the meadow, hay milk farmers allow their meadows more time to mature and have one to two steps less.  Mowing only takes place when a multitude of grasses and herbs are in full blossom and biodiversity is at its peak.

Less productive areas such as low-nutrition meadows, dry grasslands or wetlands that one often comes across in mountain terrain, are also managed by hay milk farmers.  A large number of different types of grasses and herbs grow on these meadows, pastures and mountain pastures.  The grasslands are a sheer paradise for our hay milk cows and are cultivated by means of hay farming.

In hay farming the mowing dates are phased over time and spread spatially over the areas.  As a result of this small-scale, mosaic way of cultivation by the hay milk farmers, grasslands are mowed in individual waves rather than all at once.  This provides many animals, such as the bee, bumblebee and small game with the perfect habitat.  The reason is that important food sources and opportunities to retreat are retained until there is sufficient growth again on the meadows that have already been mowed. 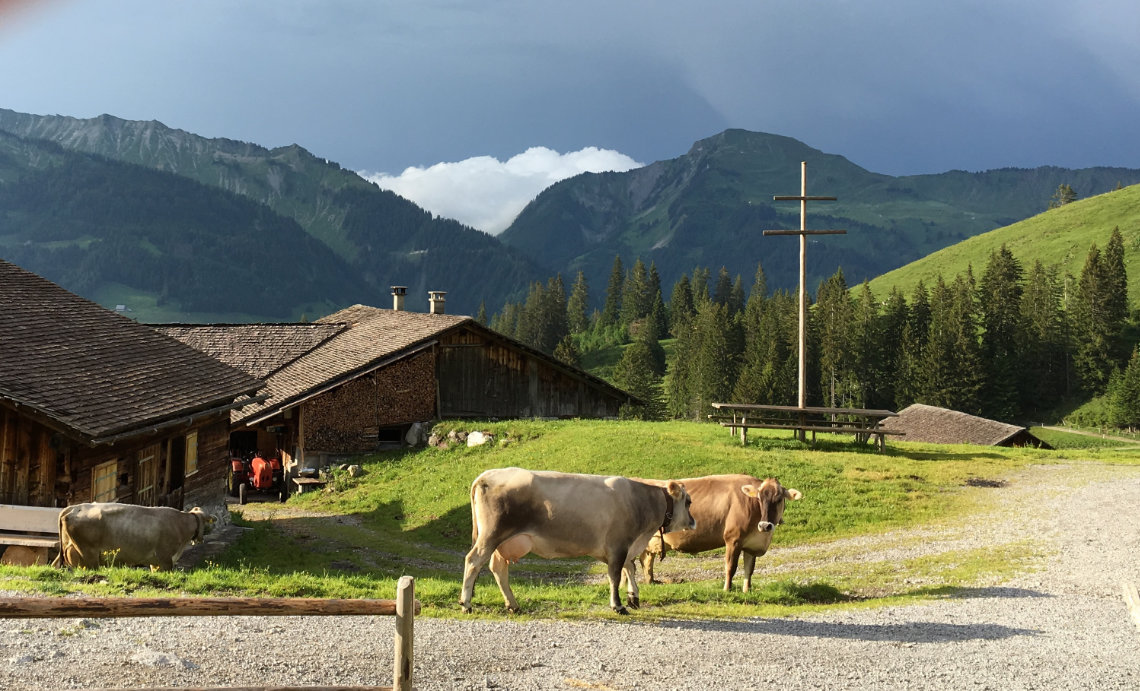 The traditional three-step agriculture in Vorarlberg is by now considered immaterial UNESCO-world cultural heritage. First the families and their animals move from the farm to a low-lying mountain pasture - the so-called Vorsäß at approx. 1,200 to 1,600 metres. In July they move on the mountain pasture which lies between 1,600 and 2,000 metres. There they spend the summer before they return to the Vorsäß in September and finally to the valley. This mobility between three different altitudes makes it possible that the animals are fed fresh grass and hay throughout the year.

In industrialised agriculture livestock are increasingly becoming direct food competition for humans. Thus, a third of the entire global grain harvest lands in the feeding troughs of pigs, fowl and cattle. Yet, food that is rich in starch, such as grain, soy or maize, is also on our menu.

Cattle does not need this kind of food - neither to stay healthy and vital nor for the production of milk.  Maize and soy beans are only fed to obtain very high milk and meat production. A cow's digestion tract is structured in such a way that it can process fresh as well as dried grass and herbs in the form of hay. Cows are able to use the protein and the energy in the form of grass and hay directly from the meadows and at the same time produce high-quality food for humans. Therefore the hay milk farmers say: Grass to cows, grain to humans!

Water is the most important resource for life on earth. Its conservation and protection becomes more and more important.

A question of keeping

The water footprint of milk depends to a high degree on the system that is used to produce the milk. If milk cows are exclusively kept in stables and fed large quantities of bought animal feed - such as soy beans, maize and grains - which is often transported across long distances, the water footprint is increased significantly. Milk production on the basis of locally produced grassland feed such as grass and hay reduces the milk’s water footprint and thus contributes to the protection of the resource water.

FOR THE SAKE OF THE ANIMALS

The sake of the cows is particular important to the hay milk farmers, in order to keep the animals healthy and productive. Due to the small-farm structure, the hay milk farmers on average look after about ten cows that they lovingly call by their names. In our mountainous regions, many hay milk cows are on mountain pastures in the summer and taken to the pastures in spring and autumn to keep the animals moving.

The menu of a hay milk cow includes lots of different grasses and herbs - in the summer via the many forage plants on the meadows and pastures, in the winter via the incomparable, aromatic hay. This food - rich in aroma and variety - makes an essential contribution to the milk’s quality which, in turn, is the raw material for many cheese and milk specialities.  This is confirmed by numerous taste tests and blind tastings.

The special milk for cheese

Hay milk is particularly suitable for cheese production. By means of consequently forgoing fermented animal feed, it is possible to produce cheese without adding preservatives and without intense mechanic treatment. Furthermore, the quality of the milk is particularly important for types of cheese that have matured for longer periods. Cheese that is suitable for longer maturation can only be made from a high-quality raw material. Hay milk has this characteristic and is therefore the perfect raw material for cheese specialities.

GRASSLAND FOSTERS THE FORMATION OF HUMUS

Hay farming’s sustainable use of grassland leads to a high content of humus in the ground. It is formed naturally from dead parts of plants in the grassland. Due to its high carbon content, humus is a great reservoir for carbon dioxide. It binds the enormous quantities of CO2 in the ground that would otherwise escape into the earth’s atmosphere and accelerate climate change. Meadows and pastures are thus huge carbon reservoirs that are comparable to woods. They also make the soil very fertile. Besides, soil rich in humus stores more water and is therefore able to survive longer dry periods. Hay farming’s traditional way of feeding with grasses, herbs and hay provides sustainable protection for the climate.